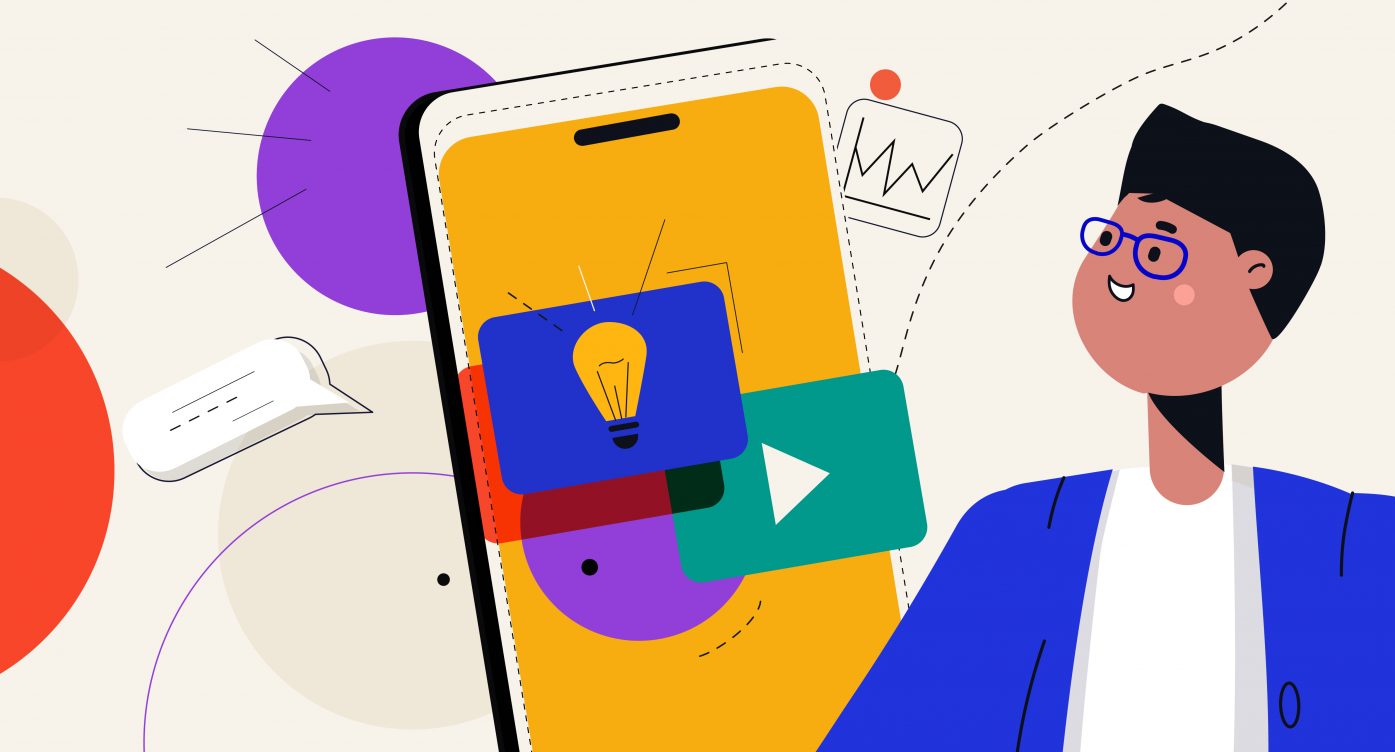 Which Type of Animation is Best for Your Business? [Cheat Sheet]

Scoping out using animation for your business? You’re in good company. Thousands of brands big and small are turning to animated video to tell their stories, enhance their site and punch through competitor noise.

But which type of animated video is best? 2D, 3D, whiteboard, screen capture, motion graphics? Don’t panic, the Nibble studio is packed full of passionate and creative folks that know business video inside out. Here’s what they had to say about how to optimise your brand’s comms through animation.

Motion graphics are essentially a range of moving graphs, numbers, stats and icons, along with some key pullout numbers and phrases, all accompanied by voiceover.

This style of video excels at communicating large amounts of information in a way that cuts through the complexity to show your key messages and why they’re so important.

It’s a great way of keeping viewers engaged by giving them something to read at the same time as they’re watching the visuals and listening to the voice over. It’s this concentrated multi sensory information load that makes motion graphics such an effective method of information delivery.

Here’s an example that we made for VTSL.

Motion graphics work very well in a corporate environment when you’re trying to deliver statistics, data or training which can be tough to engage with by conventional means. No one wants to stare at a spreadsheet or a bar graph, but when you can bring those figures to life by taking your viewers on an animated journey that explains where they came from and why they’re important, you’ll have a much stronger response.

Okay, everyone knows what 2D animation is, surely! We’ve all watched cartoons (some of us more than others), but modern 2D animation is far from being childish. With this style you can really build out your brand visually and push your imaginative boundaries.

Character creation in 2D is the best way to inspire an emotional response in your audience. You want to tell a story with your character, and ideally you want as many of your viewers as possible to relate to them in order for your message (and your brand) to resonate.

2D animation is highly customisable as well. It’s a real chameleon of a tool that can be adapted to a number of working styles and tones. Sure, sometimes a particular campaign calls for something cartoony in order to convey a more approachable or humorous tone but this is in no way the only option when it comes to 2D animation. Check out our Local Care Record video for the NHS for a more stylish example.

2D animation grabs your attention because it’s different, worthy of notice, and it primes you for entertainment: “animation is fun, better keep watching!” You can really demonstrate your brand’s personality and flair, making the best first impression on your website. This style of animation also boosts engagement on social media, video streaming sites and even on your key commercial landing pages.

Internal comms, onboarding and training videos benefit from 2D animation too. When you have a dry subject matter like information governance (yawn), what better way to actually get someone to pay attention than animated video? Re-engaging a lapse in concentration with animation is a doddle.

Most of what I’ve said for 2D can also apply to 3D animation so where does it differ? Well 3D animation tends to be a little more resource intensive to produce; it’s big budget, top-shelf animation, so whatever you do with it immediately tells the audience “this is important and worthwhile for us to go all-out on, pay attention!”

3D is still seen as quite a cutting edge style for business video, so by using it you’ll position yourself as progressive and forwards-facing. Part of this is down to continued developments in 3D animation and modelling techniques with software that’s getting easier and easier to use.

3D can be the only logical option sometimes. Say you’d like to show off animated plans and architectural designs, you can’t very well replicate a fly-through in 2D can you? Sticking with the construction video theme, a 3D animated video showing off interior and exterior speculations for a project could be the exciting element that ensures you win funding, or get your build green-lit.

Remember on Time Team where they’d take the ‘geo-phys’ imagery and build a 3D representation of the archaeological site? That was the highlight of my Sunday afternoon growing up! And it could only be done in 3D.

Best for: Explainer videos, video on a budget, YouTube ads

Remember your school days when the teacher was able to demonstrate even the most complicated topic using just a board and a pen? Ok, that might have been chalk for some of us… Well if you happen to have a long and complex product or service, an animated whiteboard video is the modern way to explain nearly anything with similar clarity and speed.

Essentially, a digitized hand is used to replicate drawing movements, creating text and images which come to life accompanied by background narration from expert voiceover artists.

Whiteboard animated videos are popular, extremely simple and surprisingly effective. Go for this style and you’ll join the likes of Google, Dropbox and LinkedIn, who recognise the huge ROI on these videos.

This animation style is perfect for a product explainer or a company intro and can be used onsite, on social media, in email and even on YouTube.

These are a levelled-up version of a standard screen-captured video. With animation in the mix, you’re able to really show off the features and benefits of your solution, tool, app or site.

Animated screen capture video can seamlessly recreate the appearance and functionality of your system. They let you emphasise the most important aspects of it in an engaging way with zoom-ins, stylised transitions and pop-outs.

Check out this stylish combination of animated screen capture and 2D animation that brings to life the Crew Nosh meal ordering app.

So, I hope that’s demystified business animation and its many styles!

You may already have an idea about which of them you’d like to explore further, but our team is always on-hand for a quick chat about your project, so give us a bell if you’d like to bounce some ideas around.

Content Producer. Jamie is responsible for keeping our prospects, clients, friends and followers updated through our marketing blog. Prior to blogging for Nibble, Jamie completed a Masters Degree in English Literature from the nearby University of Reading. When he's not writing or editing, you can find Jamie playing video games and dreaming about VR.

5 Marketing Ideas to Consider During the Pandemic Downtime

Creative Business Storytelling: How to Create a Story That Sticks