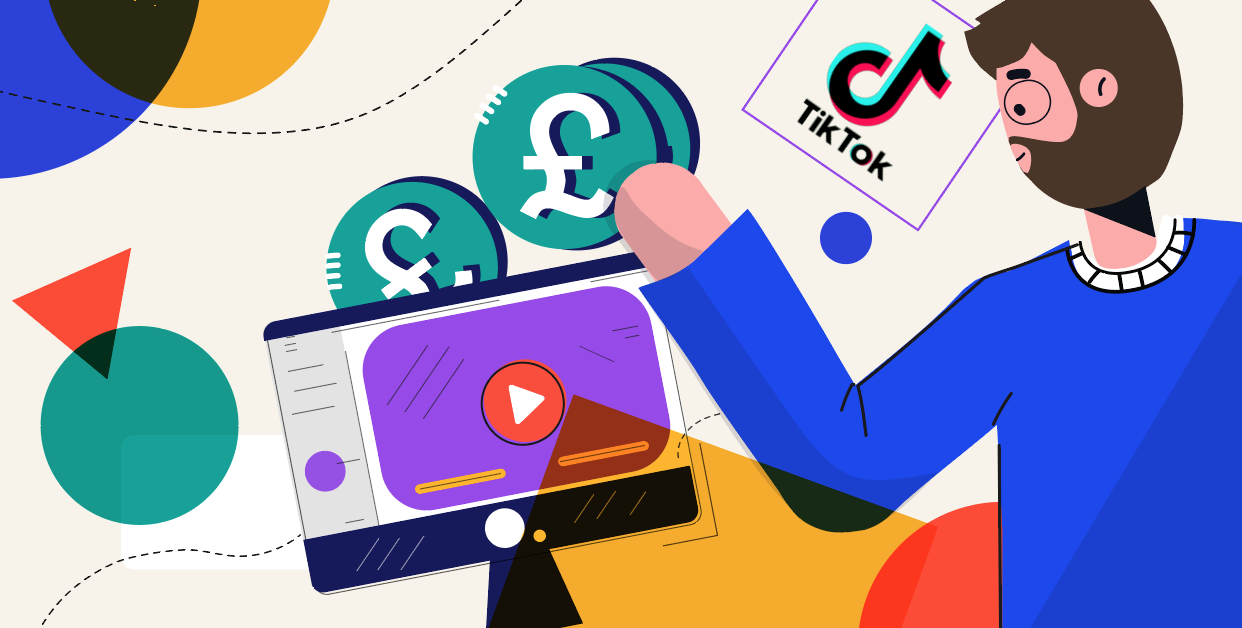 The Ultimate List: What Are The Highest Earning TikTok Songs?

In the light of a recent hiring freeze within the creative and entertainment industries, TikTok looks like an ideal place for emerging artists to start their music career.

While you’d normally explore curated playlists on Spotify or browse YouTube to discover new music, it seems like TikTok has added a whole new lane to the music industry. This Chinese-owned video platform took the music industry by storm, landing many niche artists on the charts and changing their lives.

As artists grow in popularity on social media, so do their royalties from online music streaming platforms. According to Musically, music streaming in the UK brings in more than £1 billion in revenue with 114 billion music streams in the last year. With artists being paid as little as 13% of the income generated, the UK government is now looking into the economics of music streaming to establish whether artists are benefiting fairly from their popularity.

At Nibble, we’ve analyzed the search data and crunched the numbers to bring you the most popular tunes that went viral on TikTok in 2020 and estimated figures they could be making from streaming royalties themselves.

The most popular songs on TikTok in 2020

TikTok has recently released its official data about the UK’s top creators, tracks and videos that went viral on TikTok in 2020.

With the platform gaining its momentum as the major music discovery source during a global pandemic, many creators have been heavily relying on their social media presence to grow their career.

Taking into account the number of streams, we’ve calculated whether claiming virality on TikTok pays off in the actual profits:

Although being a pretty decent playlist, there are TikTok songs that perform better commercially – see a full list below.

Powfu, a young Canadian rapper, describes his music as alternative punk lo-fi hip-hop. His most popular song, ‘Death Bed’, has been used on TikTok over 5.8M times, making the tune a huge commercial success.

According to ABC News Radio, the song was inspired by Nicholas Spark’s films including ‘Dear John’ and ‘The Notebook’.

What are the highest-earning TikTok songs?

* Figures based on the number of song streams and the potential of earning up to 0.0029p per Spotify stream and 0.00052p per YouTube stream.

YPulse’s recent music listening report found that social media is now the number one way that young people discover new music, and the majority of Gen Z and Millennials agree with the statement “Most of the new music I hear these days is on social media.”

One of the social media platforms that definitely had a huge impact on the world of music was TikTok. This Chinese video-sharing platform is set to reach 10 million users in the UK by 2021.

As the Coronavirus pandemic drove the world indoors, TikTok’s success soared. The app was downloaded more than 315 million times between the Apple App Store and Google Play over the course of January to March 2020. [source: Whats The Host]

In terms of engagement – well, TikTok’s algorithm is pretty addictive. The average daily Twitter’er might use the app somewhere around 15 times per day, but TikTok’s daily activation count was over double that: 38 – 55 times per day!

But why is TikTok different from any other social platform?

First and foremost – TikTok is built for music.

With TikTok, it’s dead easy to add a track to your video (their music library is pretty generous). You might already recognise several songs that have literally blown up on TikTok thanks to being a part of a trend, which is a flagship feature of the platform.

With so many – often unknown – songs dominating popular trends, artists around the world have been given an opportunity to gain popularity from the comfort of their own home.

At Nibble, we specialise in producing animated videos for the musing and entertainment sector. If you are an emerging artist yourself, why not give us a shout?

What are your favourite viral TikTok songs? Let us know at social@nibblevideo.com!